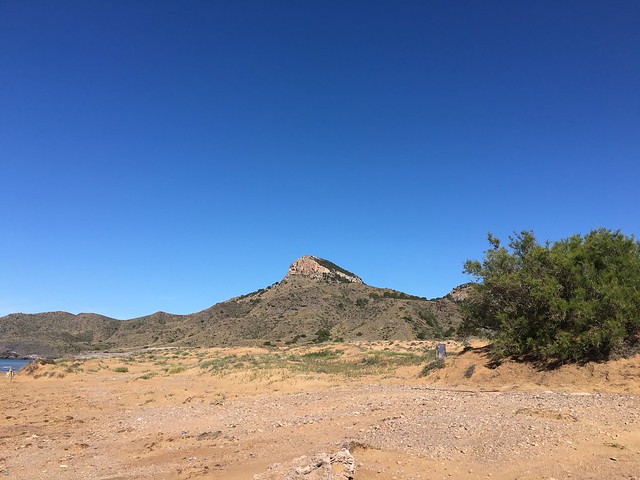 Each season of the year, Murcia is a true paradise for hikers.  The Mediterranean climate of this area, together with its more than 11,300 square kilometers of a combination of coastline with valleys and mountains make it perfect for this activity.

Murcia has many routes and trails to explore, so from Walkaholic we suggest some of the most relevant, where you certainly will have a great time.

This canyon in the town of Cieza is the result of the erosion of the Segura River on its way to the Mediterranean, which has carved the limestone creating numerous caves and chasms.

The total length of this circular route is approximately 9 km, with a slope of 514 meters.  It is recommended to have a minimum physical preparation to face this challenge, since it is of moderate difficulty. It can be traveled in 4 hours and a half.

Starting at the hydroelectric power station, you will go by the south bank through an impressive canyon with vertical walls of 70 meters.  Halfway down the road, it is worth visiting the cave of La Serreta, with more than 50 cave paintings dating from the Paleolithic period.

The route becomes easier at this point, passing through a set of caves and shelters to

the dam of La Mulata, where you can turn around and retrace the path or continue to the Sierra de la Palera and then down to the Losares.

The Castellar and the Usero’s fall

This circular route  El Castellar y Salto del Usero of approximately 8.86 kilometers with a slope of 463 meters can be done in about 5 and a half hours, but it is better to start early because the midday sun is strong in summer.

Located in Bullas, the route is considered of medium difficulty, but has the reward of taking a good swim at the end to refresh a bit.

This path takes us through the summit of El Castellar, and then descends between quarries, pine forests and holm oaks, so you must be careful. You can also do the route PR-MU 32 Sendero del Castellar, which is a little longer but equally gratifying.

This route Embalse de la Cierva of approximately 13.8 kilometers can be visited at any time of the year, although it shows its best colors in spring and autumn, with several places to cool off in summer.

The reservoir of La Cierva is located in the town of Mula, and the objective of this comfortable path is to circumnavigate the lake to contemplate the climbing areas of Abuelo and the Ferrari… and, perhaps, try them if you wish.

But the main attraction of the route is to arrive at the source of Fuente Caputa and continue walking along the ravine of Perea.  Then, we return to the reservoir of La Cierva to end this trail, classified as moderate difficulty due to its length. It is advisable to have some experience in hiking, and it can be completed in an estimated time of 5 hours.

Located between Calabardina and Calnegre, this regional park has a coastline of 17 km full of coves and cliffs full of biodiversity that promise a spectacular walk.

The circular route begins in Calabardina in the east of the cape, to ascend and reach the Cope Tower, also called Santo Cristo, built to protect the region from pirate attacks.

Then, the path runs along the coast, with numerous coves to walk and cool off, until you reach Calnegre and then return to the starting point.  The whole route is about 6 km, with a slope of 178 meters. It is classified as of moderate difficulty, to be walked in 3 and a half hour.

If you want to share your passion for hiking with your family, this beautiful circular route of approximately 8km and 224 meters of slope will give you 4 hours of fun trekking to the northwest of Moratalla.

The path begins and ends at Camping La Puerta, crossing a forest track that allows you to observe some amazing crests, originated by folding in the Jurassic period, until you reach the Somogil thermal spring, with constant temperature of 24 degrees.

Then, we descend along the Alhárabe River to see how the waters have created pools and walls along his path.

Starting from the Calblanque Monte de las Cenizas and Peña del Águila Natural Park in Cartagena, this circular route to Cala Reona has over 8 kilometers in total length.

With slope of 281 meters, this route is classified as of moderate difficulty and can be done in about 4 hours and a half.  This trail is part of the GR92.

There is much to see along the way: sandbanks, dunes, ponds, coves and cliffs.  We also find all mining ruins dated from Roman times, including one of the branches of the famous Via Augusta.

The route has numerous viewpoints for birdwatchers, to contemplate the Audouin gull, the black-footed plover, the white jar, the black-winged stilt and the flamingo all abound in the area. Other inhabitants of the park are the fox, the hobby or the common buzzard.

Of interest is also the Batería de las Cenizas, in the namesake mount.

The Path of the Alquerías in Sierra de Espuña

The Sierra Espuña Regional Park contains this circular route of 3.7 km in length, which can be done comfortably with the family in an hour and a half.

Taking the parking lot of Las Alquerías as a starting and returning point, we begin this route through pine groves, streams and hillside scrub until we reach the top of the Collado del Pilón mount, with an incredible panoramic view of the corner of Alquerías.  From there, we follow the path leaving behind the recreational area of ​​Balsa Grande and its old aqueduct, to return by a winding road until we reach Alquerías.

What do you think about our selection?  Of course, it is very likely that for reasons of space we have not mentioned your favorite route in Murcia.

If so, please leave us a comment in order that your experience will help other hikers who want to visit this region.  Who knows? We may soon find ourselves on the road, enjoying the wonderful hiking trails of Murcia.