Last April, I went with a very good friend of mine to do a trek near my hometown. I grew up in the province of Alicante, in Southeast Spain. In a very tiny town named Xirles, 15km off the coast. My friend and I wanted to sleep at the mountain, in order to do a longer trek, and enjoy the evening. So we hiked two of the most relevant mountains in the area. Puig Campana and Mount Ponoig (Sleepy Lion in English, or “León Dormido” in Spanish).

Among the locals, there are a few stories that talk about the mountain of Puig Campana. I’ve even checked in the Wikipedia, in order to see if some match the one I remember since I was a child. But none fit, although they are very close between each other in the essence of the myth.

Basically, all of them explain that somehow, the mountain “lost” a chunk of it. Most of them related a French hero, Roland, who cutted the part of the mountain. One of the stories says that it happened because of a sword fight between him and a Moorish leader.

Another says that Roland, due to a love story, sliced that portion of the mountain in order to let his ill love live a little bit longer. She was supposed to die once the last sun’s ray shone on her.

And the story I have always listened from my elders involved a giant in it. I cannot really recall all the details, but the giant got angry and kicked the mountain, letting as it is.

In all the stories, the missing part of the mountain originated the Island of Benidorm. A nearby city.

Route to Puig Campana and to the Mount León Dormido

Letting the legends aside, my friend and I did a day hike involving these two mountains because they are pretty close to each other. As I explained, we were looking for a hike long enough to let us sleep on the wild. Most of the mountains around don’t have convenient a nicer routes for a 2 days hike. You need to combine them in order to do so.

The itinerary that we accomplished was as follows:

As you can observe in the map, it’s a 26km trekking route. It’s doable in a day, but since we were totally up for a night in the mountains, we did made it in 2 days. On the first day, we made it until the very top of Mount León Dormido. Starting at 8AM, and getting there by 2:30PM. 6.5h or 16,6 kilometers. The day after, very early in the morning, we did the rest until my hometown, Xirles.

We slept without a sleeping tent, although I must admit it was a bit windy and it would have been better to bring a sleeping tent with us. Actually, we did bring it, only that we missed a part of the tent and we couldn’t set it up properly. For sure it won’t happen again!

Wild life and local flowers in the area

Besides of the desire to sleep in the wild, which is something very special for me, there was another reason to extend the hike and make it in two days. There are several groups of wild goats up there. I counted more than 40 in total. Although there should be more. Seeing them running over the rocks is an incredible experience you shouldn’t miss.

To be honest, I had seen them before in the wild. Not so far from the area. But I had never seen a group of 40 on the wild.

To be able to spot them, you’ll need to go to the front of the mountain. Way after the path has ended. In direction to the town La Nucía. Check the GPS in order to know which direction you should go.

There are as well common flowers from at least the Spanish Mediterranean coast. In a previous article from Catalonia, about El Camí de Ronda, in Girona, there were as well the same kind of flowers. Since it was the beginning of the Spring, my friend and I enjoyed thousands of these flowers at the top of Puig Campana. 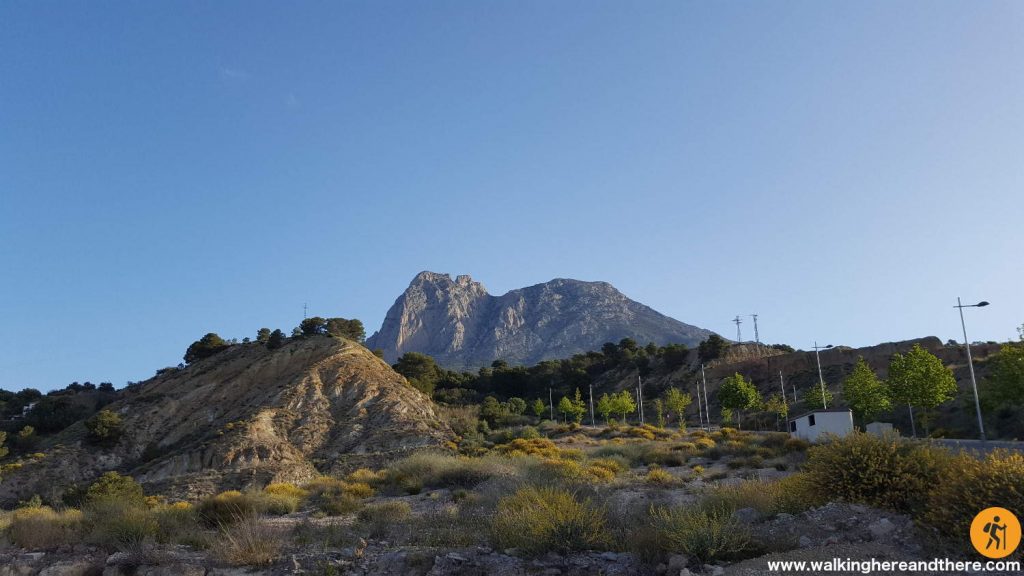 One thought on “Puig Campana to Ponoig trek”