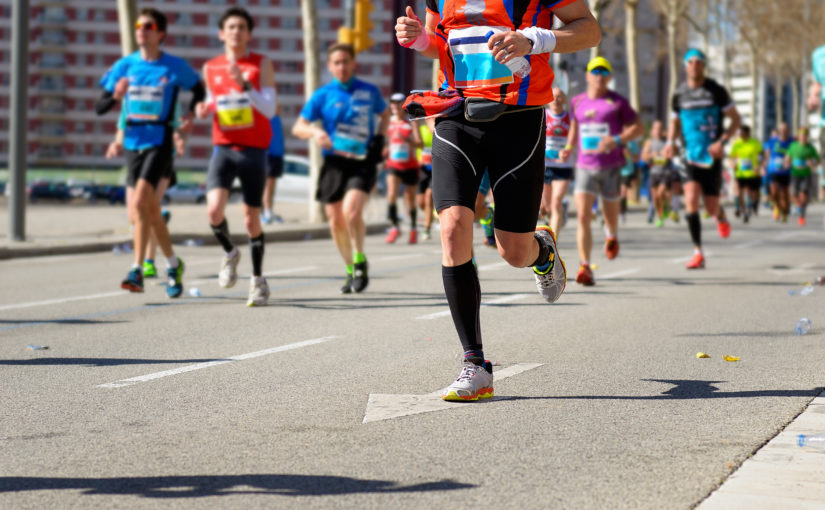 More and more runners join the Saint Silvester road races every year, the last to be held every year not only in Spain, but in many other countries of Latin America and Europe.

You may not know it, but this competition was not born in our country: the first Saint Silvester road race was organized on December 31, 1925, in São Paulo, Brazil.  This celebration has extended to other nations such as the Corrida de São Silvestre in Porto (Portugal), the BOclassic in Bolzano (Italy) and it is also run in Guatemala, Colombia, Mexico, Argentina and Costa Rica.

However, Saint Silvester has won and wins every year more participants in Spain. This is evident by the fact that more than 200 events are convened every December 31 to meet, run and have fun waiting for the arrival of the New Year.

Therefore, from Walkaholic we recommend some Saint Silvester road races to be run in Spain 2019. Come and join us to say goodbye to this year.

Called at the beginning Grand Prix of Vallecas, the Saint Silvester Vallecana is until today the New Year’s Eve road race with more participants throughout Spain. This event also far exceeds the number of runners from other editions in the world, reaching over 40,000 participants.

During the night of December 31, a 10 km circuit is run through the streets of the Spanish capital, from the center of the capital to the Vallecas neighborhood.  This road race has two editions: the Popular Saint Silvester, open to all those over 16 years old, and the International Saint Silvester.

For the latter only classify 500 athletes, who must have a mark of less than 38 minutes (men) and 45 minutes (women) for that distance.

In 2005 it took the name of Cursa dels Nassos or “the road race of the noses”, in honor of the Catalan mythological character Home dels nassos (“man of the noses”).

It is organized by La Sansi together with the Barcelona City Council. Awards are given to the best times and also to the best costumes.

The Saint Silvester Popular Valenciana 2019 (thirty-sixth edition) will be run on December 30.  It starts at 20:00 in front of the North Station and travels a 5,300 meter circuit through the city center until you reach the Town Hall Square.

Estimates, according to the assistance of previous years, indicate that more than 17,000 runners will gather to say goodbye to this year in a combination of sport, Christmas spirit and recreation with costumes and humor.

However, 600 dorsal are reserved for athletes who compete seriously.

By far, this is the oldest popular road race in Murcia, in its thirty-eighth edition.  It is organized by the Department of Sports of Cartagena and its collection goes to social purposes.

It consists of 3 routes according to the age of the participants, so that no one is left this year without running.  The youngest run 400 meters, the children 800 and the older run on a circular route of 5,200 that begins in the Town Hall Square.

The race will be on December 31 at 17:30, and it is estimated that more than 2,000 runners will attend.  There will be trophies according to the category and also prizes for the most original costumes.

The Saint Silvester of Cádiz (Cádiz)

Recently created, the Saint Silvester of Cádiz will be run this year on December 28.  It is organized by the Olimpo Cádiz Sports and Sports Club and consists of a single lap of 6,000 meters through the old town.  The starting point is the San Juan de Dios square.

As a peculiarity, to participate with dorsal in this road race, 1kg of non-perishable food must be delivered to register.

At the end of the road race trophies are given to the best times in the male and female categories, and also to the best Christmas costume.

With 7 km to be travelled, this popular road race takes place every December 31 with more than 5,000 participants.  The first edition was run in 2004 with about 600 athletes.

In Saint Silvester de Albacete it is common for its participants to be disguised for the occasion, which begins and ends on Avenida de España through the main streets of the city center.  The first three best times in the male and female category are awarded. Also, the most original individual and collective costume and the road race for children under 14, which is ran before the main event, get awards.

Other road races of Saint Silvester 2019 in Spain

PLACE: A Coruña (A Coruña)

So take note of these road races: we are sure that some Saint Silvester road race will be held very close to you.  If you want to have a good time, join us in this event that is already becoming tradition. Who knows? Maybe we meet in one of these road races through the cities of Spain.